“My mother was a nurse, and in her era, most diseases weren’t understood; people put mustard plasters on knees and rubbed camphor on your chest if you had a cough, and they did funny things to you if you had tuberculosis – All these things that really made very little difference once proper treatments were brought in” — Barry Marshall
(Nobel Prize winner) 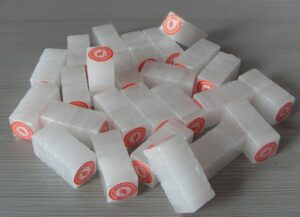 Camphor, is a volatile white waxy substance with a strong, characteristic odor and a bitter, cooling taste. Its odor has been described as fragrant, aromatic, pungent, or penetrating. Camphor tree is large with pale brown bark, dark green to yellowish leaves and small white flowers followed by small purple berries. All the plant parts have the distinctive, easy-to-recognize camphoraceous odor and hence, Camphor can be obtained from every part of the Cinnamomum camphora tree, including the trunk, branches, roots, and leaves. 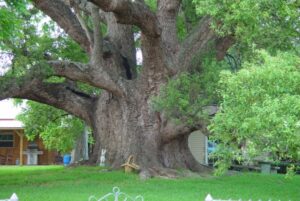 A camphor tree in Florida, USA

Camphor is of two types- Natural (which is traditionally considered edible) and synthetic, which is considered non-edible. Since the natural sources of camphor are inadequate to meet commercial demand, camphor is also made synthetically.

The natural camphor is produced by distilling the wood and bark of the evergreen camphor or kapur tree (the camphor laurel, other laurels species) and rosemary, the common kitchen herb. The camphor thus obtained via traditional/natural distillation, is one of two possible isomers, the dextrorotary (or “+”) form of the compound. (The other isomer is the levorotatory or “−” form.)

The synthetic camphor is extracted from the sap (Alpha-Pinene of turpentine) of evergreen trees in the pine family.  Alpha-Pinene is then converted into Camphene, esterified to Bornyl acetate, then saponified to Isoborneol, and finally oxidized to synthetic camphor. This differs from natural camphor in that it consists of both isomers of the compound, the dextrorotary (+) and levorotatory (−) forms. 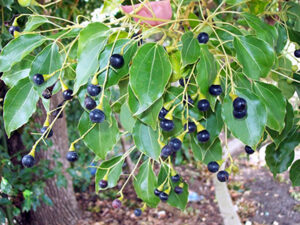 While both synthetic and natural camphor have the same chemical composition, it has some modest effect on its biological properties. In ayurverdic medicine, natural camphor is used as a natural insecticide, in the treatment of respiratory and colon congestion (because of it’s expectorant activity), and skin diseases due to its antifungal and antibacterial properties. It’s also traditionally used in room fresheners, essential oils, diffusers, for meditation, and worship ritual performed by Hindus, Buddhists and Jains.

Although camphor is best known to most people for its medicinal purpose. It’s toxicity level is high. In 1980, the United States Food and Drug Administration limited the amount of camphor allowed in consumer products to 11 percent. It also banned products that contain concentrated camphor, such as camphorated oil and camphorated liniment.

Its industrial uses include; the manufacture of cellulose nitrate, polyvinyl chloride plastics, as an ingredient in smokeless powder,  a stabilizer and a moderator to improve ballistic properties. as a moth and mildew repellent in mothballs and moth flakes, in the embalming of dead bodies, in the manufacture of fireworks and explosives, as a preservative in pharmaceuticals and cosmetics, as a flavouring food additive and as a preservative in confectionary goods, in the production of lacquers and varnishes, and as a chemical intermediary in the production of a number of organic compounds.

Camphor remains one of the most well-known and widespread commercially important aroma substance, with an annual market value of 80–100 million dollars (USD).

The camphor tree is native to many parts of the world, including the Indonesian islands of Java and Sumatra, as well as China, Taiwan, Japan. In North America, Camphor tree is not recommended by UF/IFAS  which lists camphor tree as invasive in north and central Florida and a species of caution in south Florida. FLEPPC lists camphor as a category l invasive species due to its ability to invade and displace native plant communities.

Ugonwa’s® is a specialty retail (online and store-front), with a great variety of African-Caribbean top-quality, kosher/halal meats and fishes, wholesome staple foods and produce, as well as authentic Afro-Caribbean fashion and Arts. Our niche spans across North America and the global market.

We use cookies to ensure that we give you the best experience on our website. If you continue to use this site we will assume that you are happy with it.AcceptPrivacy Policy